That’s what Michael Guibault, Business Manager, Roof Coatings, BASF, heard when he asked a roofer what they do if a customer wants an instant set white roof coating as opposed to an instant set black.

“So, what do you do if a person wants a white roof,” Guibault had asked.

"Well, then we have to go back over it with white, but not an instant set white.”

"Oh, why don't you just instant set it with white first?"

“It can't be done.  A lot of people have tried it. It's not something that can be done.”

That’s what Guibault heard — but it’s not what he accepted.

“I brought it back and turned it into a project,” he explains of how the seeds were planted for what would eventually grow to become BASF’s InstantSet Acrylic Flexible Roof Coating (InstantSet).

InstantSet can be sprayed on as thick as needed in one coat. And, unlike the typical acrylic that takes a day to dry before the next coat can be applied, Instant Set dries immediately — depending on climate.

“A lot of the time, these roofs will take several coatings to complete the job,” explains Guibault. “The coatings have to meet a certain thickness to meet the 10-year warranty mark and keep building owners from having to replace their roofs.”

Generally, the roofs that require coatings are low-sloped roofs, some made with substrates ranging from low-energy substrates, such as Thermoplastic Polyolefin (TPO) and EPDM, to asphalt and metal surfaces substrates. Some of these are difficult to adhere to and require a primer before coating. 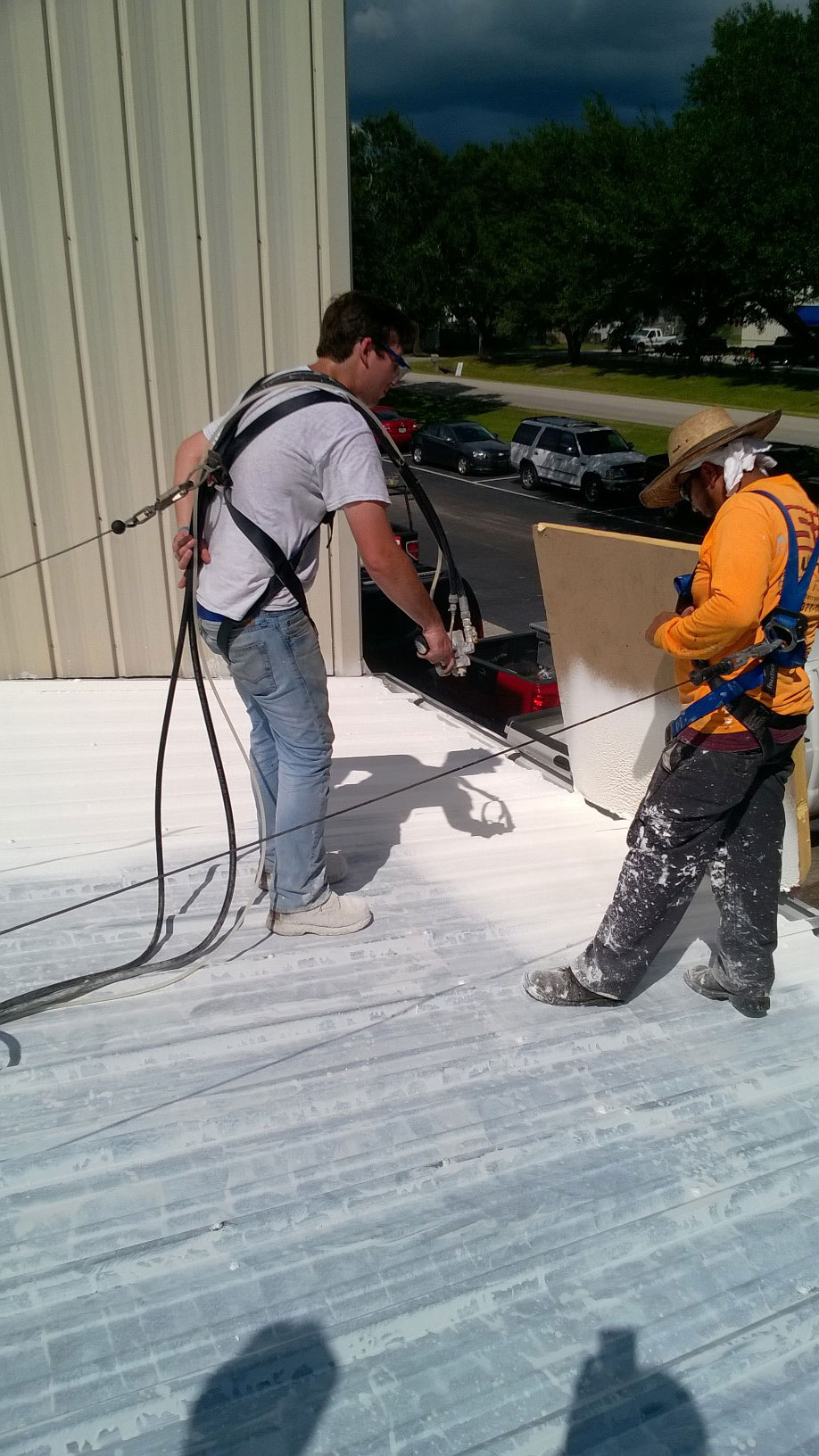 When applying several coats, it becomes a problem in places where it rains every day certain months of the year.

“With Instant Set, it isn’t a problem. The material can be sprayed in all regions even when there is inclement weather, without concern of wash off.” Instant Set can be applied as thick as a roofer needs to meet warranty requirements — in one coat.

The Instant Set spray gun uses two streams. One stream contains the coating, and the other contains a catalyst, which allows the coating to dry immediately.

“This allows roofers to do the job faster, and allows them to do more roofs per month and extend their roofing season,” Guibault explains.

The instant thickness helps divert any excess water to prevent it from ponding, and the coating can also be used to build up low areas on rooftops. This is important because as water sits on a roof, dirt and algae can form and attack the coating.

“You can also use Instant Set for penetration points as you are coating the roof, which saves labor and preparation time,” notes Guibault.

With typical roofs, such as TPO or EPDM rubber, fasteners are required to keep the roof secure, which often requires punching holes in the roof.

“Think about this when you want to put a stop to leaks in your building,” says Guibault. “Your goal was to stop leaks, and you just put 10,000 holes in your roof.”

This type of roof has also been banned on some coastlines due to the dangers of fasteners coming loose during hurricanes and other natural disasters.

With thick roof coatings like Instant Set, leaks are prevented simply by avoiding the creation of weak points through fastener holes and allowing roof coatings to be self-adhering.

“You spray it on, and it seals your roof. You’re good for another 10 or 15 years,” says Guibault.

Extra rain sitting on a roof often shows evidence of zinc that bleeds out of some solvents, which can then wash down into storm water drains and risk environmental issues.

“Zinc contains traces of lead. California has banned it and certain places in Arizona have stopped using zinc because any wastewater from roof coatings that include it are considered hazardous waste,” explains Guibault, noting that Instant Set requires no zinc and is made from water-based, low-VOC and non-APEO emulsions.

White roof coatings reflect the sun better than black roofs, helping to lower the energy cost of a building when combined with other modern construction technologies and approaches. “Recently on a job in Arizona, the outside temperature was 105°F, and the roofing substrates was 165°F,” recounts Guibault. “After coating the roof, the white roof coating was 88°F, which cooled the building’s roof temperature by nearly half — lowering the building owner’s energy costs and carbon footprint.”

Today, Instant Set is being successfully used in all regions of the country, from Florida to Washington State.  “Our customers are enjoying the labor and time savings, and the ability to complete a job in one coating — giving them the ability to take on more work.”

And now Guibault and team are looking for the next roofing challenge.

Looking for information on BASF's Instant Set Acrylic Flexible Roof Coating? BASF's Brilliance™ is a collection of innovative acrylics and additives, specifically designed for the roof coating industry. Download The Smartest Roofs Under the Sun to find out more. 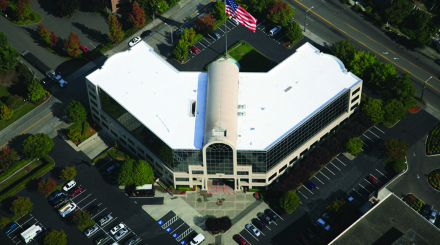