The year of 1997 marked the release of Titanic, the first Harry Potter novel and Aqua’s earworm Barbie Girl — and the ASTM standard for acrylic roof coatings, D6083.

While not as ubiquitous as the first three, the standard set by ASTM International, a global standards development organization, accelerated the market acceptance and growth of roof coating technologies over the next two decades. To achieve code compliance, manufacturers had to keep up with the specification’s elaborate and stringent requirements or risk losing a favorable market position.

Roof coating standards are meant to ensure quality, safety and consistent performance across different construction substrates throughout the United States. In the eyes of many industry players, the standards should also evolve to embrace new innovations and keep pace with competing technologies and construction practices.

21 years later, the music industry may have (rightfully) gotten over Barbie Girl, but the roofing industry is still holding on to the same ASTM standard for acrylic roof coatings. Or, at least, it was until earlier this year, when a small team including two BASF representatives set out to update ASTM 6083 to match the industry’s modern-day expectations.

Tried-and-true or too good to be true?

In 1997, Rohm & Haas Co. supported the development of a standard called ASTM 6083 to cover the use of acrylic roof coatings. The standard specifies the elaborate performance requirements coatings must meet to achieve compliance.

As an example, one performance metric that the coatings are required to meet is to achieve low temperature flexibility at -26°C, which is not relevant for all regions in the USA.

“To make a coating like that, you must use a polymer that’s fairly soft,” says Michael Guibault, Business Manager for Roof Coatings at BASF. “Something that soft gets tacky and picks up dirt. When you’re making a white, solar reflective roof coating, the last thing you want to do is pick up dirt.”

Issues like dirt pickup and asphalt bleed-through might have been acceptable for the black tar roofs of the 1990s, but it poses big problems with the white roof coatings of today.

To contend with that and similar challenges, the revision team set out to update the old standard. Along with fellow members of the Roof Coating Manufacturer’s Association (RCMA), they proposed changing the specification from -26°C to -10°C.

Helping the industry warm up to change

Does an extra 16 degrees really make that much of a difference? For many industry players, it opens up a realm of possibilities.

The original standard was good for what it was intended for 20 years ago, but it never allowed progression of technology in the roof coating industry

“The original standard was good for what it was intended for 20 years ago,” says Sridhar Iyer, Technical Specialist at BASF, “but it never allowed progression of technology in the roof coating industry.”

The new standard serves to broaden the scope of technologies that could enter the roof coatings playing field.

With the old standard, formulators would have to combine several different products to achieve the type of performance Acronal 4400 provides in an all-in-one package, but the coating could be readily embraced by the industry following a simple revision of the low temperature flexibility specification in the ASTM code.

It was time for a change.

“Through trials and tribulations, Sridhar and I both became members of the ASTM,” says Guibault. “We embarked on a journey to convince the industry to loosen specifications to facilitate new innovations.”

The revision took two years and a series of contentious meetings with the ASTM, the RCMA and other officials. Eventually, the team was successfully able to overcome the tenacious objections of some and persuade the industry to adopt the new standard.

“Many people didn’t want to change the spec because that’s what they’ve used forever,” Guibault explains, adding that certain companies had a bigger stake in the decision because a new standard would mean more competition.

Their arguments revolved around the need for innovation in the roof coatings industry. Guibault adds that the revised standard is also more forgiving for contractors and applicators, providing them with a wider set of time and cost-saving options.

In the end, Iyer, Guibault and the revision team members persuaded the majority that an additional standard would open the door to more innovative coating systems. Rather than override the old low temperature flex spec of -26°C, the BASF duo suggested splitting the code into two “types,” leaving the original specification as “Type-I” and adding on the revised low temperature specification of -10°C spec as a Type-II.” This allowed both specifications to coexist while broadening the range of choice for roof coating customers.

“We opened the doors for innovative technologies that can take coverage under this new standard,” says Iyer, “and we broadened the scope of performance for roof coatings.”

The new specification was approved at the last ASTM meeting in June. Thanks to the revision, Acronal 4400 as well as other products in the series such as Acronal 3587, Acronal 4550 and Acronal 4567 are now considered compliant.

The ASTM D6083 revision is expected to publish before December 2018.

BASF would like to acknowledge the leading proponents of the ASTM revision, who made the change with strong support from other RCMA members. 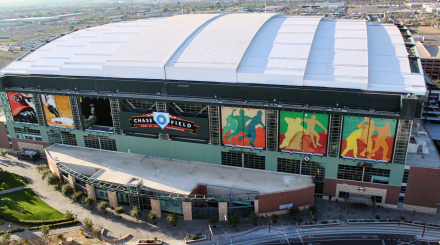 ASTM D6083 Type-II updates an older roof coating standard. How well do you know the details? 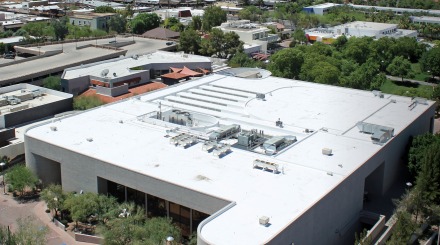