More than 13 billion square feet of asphalt roof shingles were installed on residential buildings in 2016. (That's the equivalent of about 220,000 football fields.) According to a study by BuildingInsight, that number is expected to grow steadily into 2021.

All those shingles create a great deal of waste, work and, in some cases, health hazards for roofing installers. The study indicates professional roofers are eager to work with asphalt shingles that are better for the environment and safer to work with, among other criteria.

Pricing and availability have always been important factors, but the study highlighted several other concerns that surprised the BASF team that commissioned it.

"The first big thing that jumped out was the roofers' interest in reducing the environmental impact of asphalt shingles," says Matt Cloward, Marketing Manager of Nonwovens and Composites at BASF. "The second was a willingness to try formaldehyde-free shingles on the job."

The study surveyed a group of installers, contractors, distributors and architects involved with asphalt shingles and residential roofing. More than 73 percent of respondents had at least 20 years of experience in the industry, and 17 percent had 11–20 years of experience.

Here's a summary of what mattered most to them.

A reflection of regional performance needs

Roofers are mostly satisfied with the way shingles perform on the job. They preferred to mention improvements that would support their needs on individual projects.

When asked about performance characteristics to include in the next generation of asphalt shingles, many ranked wind uplift resistance, resistance to color fade and watertightness among their top three areas of improvement.

Those preferences varied by region. For example, 37 percent for roofers in the western United States wanted better solar reflectance in future shingles, whereas that figure hovered around 11–12 percent in other regions.

"If you can provide a shingle with higher solar reflectance, that's something a homeowner may find interesting, especially in regions where it's really crucial," Cloward explains. "Anything homeowners can do to ease their energy consumption is generally a popular choice."

Roofers also had a wide range of ideas about the non-performance characteristics they want shingle manufacturers to improve. Some of the more popular choices included a greater range of styles and colors, longer warranties and easier installation.

One response in particular stood out to Cloward: 35 percent of roofers selected "reduced environmental impact" in their top three improvements.

"There is a strong interest in reducing environmental impact by recycling asphalt shingles," he explains. "The average lifespan of a roof is somewhere between 17 and 20 years. Massive amounts of waste material come off these roofs — and it's got to go somewhere. Most of it ends up in a landfill."

Despite the high level of interest, contractors rarely recycle old asphalt shingles on residential-tear off projects. According to the study, only about one third of respondents say they recycle shingles on most of their projects. Around 43 percent were unsure if their shingles were recycled at all.

"When you then look at the flipside of how many shingles are actually recycled, it's very low," Cloward says. "So, there are some barriers, whether it's awareness or availability or recycling centers being equipped to handle shingle recycling — the exact reasons are unclear." About 32 percent of respondents admitted they were not sure why asphalt shingles from their projects are not recycled more often.

When asked directly, 75 percent of respondents said they were interested in increasing the amount of shingles that are recycled from their projects. They mostly attributed that desire to their company's interest or a personal interest in reducing and reusing construction waste.

The interest in shingle recycling was highest among architects at 79 percent, remodelers at 77 percent and roofers at 69 percent.

"I think that's a big opportunity for the roofing industry — to look at shingles and think how do we supply it, how do we manufacture it, how do we install it, and what do we do after the useful life of these products has been consumed? How can we find methods that are more environmentally conscious?" Cloward adds.

Many architects and remodelers (68 percent each) were concerned for the safety of installers working with the roof shingle materials they specified. That said, most respondents did not know much about potentially harmful or toxic materials in roof shingles.

According to Cloward, asphalt shingles are generally made with fiberglass fibers held together with a binding system, which primarily contains formaldehyde, and are later cured and dried before the asphalt is applied. Only 33 percent of the study participants were aware that asphalt shingles contain formaldehyde.

"There is low awareness that formaldehyde is in shingles," says Cloward. "But it seemed that once [respondents] were aware, there was a high willingness to try formaldehyde-free shingles on their jobs."

While 20 percent were unsure, 76 percent said they were either somewhat likely or extremely likely to use formaldehyde-free shingles on a job in the next year.

That likelihood was even higher if the roofers' preferred manufacturer introduced a formaldehyde-free asphalt shingle — around 87 percent for distributors and 81 for architects. These answers were given under the assumption that pricing and other criteria would stay consistent with the roofers' shingles of choice.

Around 25 percent of participants also thought their homeowner clients would strongly prefer a formaldehyde-free shingle, while 33 percent thought there would be some preference among homeowners.

"In other industries, products have moved away from formaldehyde completely. For example, there was a big shift in the residential insulation industry 10 or 15 years ago," Cloward explains, adding that BASF has developed some options in the asphalt roof shingle space. "Within our nonwovens focus, we have formaldehyde-free binders that could be used in roof shingles. So, it's certainly possible."

All in all, Cloward says the results of the study were encouraging. It highlighted a series of surprising trends that indicate progress within the roofing industry.

"Among consumers, there's an increasing awareness on the impact we have on the environment," he notes. "Historically, I think it's been wrongly assumed that industries like roofing aren't concerned about that. It was very telling that there was such a large percentage of interest in finding more environmentally conscious ways to approach roofing." 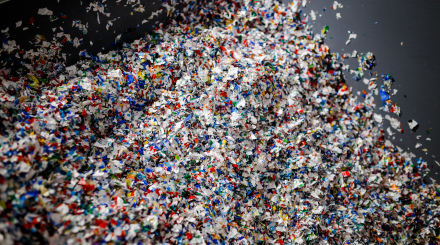 February 27, 2019 Sustainability Recycled plastic, nonwovens and asphalt: Together under one roof 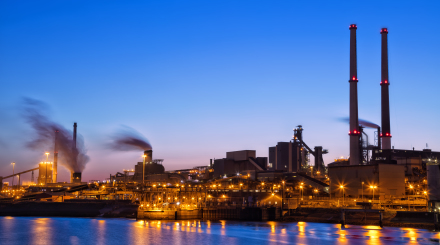