The first time Michael Hill used latex-modified concrete to rehabilitate a bridge deck, the project was saved by what he calls the perfect storm. A heavy bridge maintenance engineer at the Arkansas Department of Transportation (ARDOT) for 15 years, Hill transitioned from bridge design in 2006. In 2010, ARDOT assigned Hill an expanded budget to rehabilitate a bridge at his team's discretion. He saw an opportunity to demonstrate the value of two methods he had learned about at a bridge preservation conference: hydrodemolition and latex-modified concrete (LMC).

Hill chose the Des Arc Bridge, a steel tied arch bridge over White River on State Highway 38. His team planned to have the deck surface prepared with hydrodemolition and overlaid with LMC. Built in 1970, Des Arc seemed like the ideal candidate for the department's first foray with those methods.

Flooding near the Des Arc Bridge in Arkansas.

Unfortunately, because the bridge is so narrow and so vital to the traffic of local farmers, the Department soon received pushback on the project. A major rehabilitation project would make it difficult for farmers to get their wide farm equipment through at a critical time in the season. The project was let and rescheduling the work didn’t seem possible. Just when major fallout for the project seemed inevitable, it was rescued in the most unlikely way: a sudden downpour. The rain led to a flood, restricting access to the Des Arc Bridge and surrounding roadways.

"It was the biggest flood in the area since the great flood of 1927. It shut the road down," says Hill. "You could only get to it from one side, and not from the other. The road was shut down for weeks, so our contractor had the whole bridge to himself for a while."

Since nobody could cross the bridge, they went ahead and finished the job without complaint. The project was completed faster than expected with minimal traffic disruptions. The contractor’s ability to work with fewer traffic concerns was the only upside to such a devastating flood. Even when the road opened back up, it was a long time before farmers could get their equipment into the wet fields, so the contractor only had to worry about light traffic.

Today, the Des Arc Bridge remains in good shape, and Hill is the State Heavy Bridge Maintenance Engineer at ARDOT. The Department’s early success on the project caught the attention of key decision-makers at the DOT, prompting them to begin a slew of hydrodemolition and LMC overlay jobs all over the state. The pairing quickly became a go-to method for Hill and his team.

Restoring an extensive stretch of bridges in Sunken Lands

The ARDOT Heavy Bridge Maintenance (HBM) team is responsible for inspecting and maintaining the larger and more unique bridges and the inspection oversight of the remaining bridges in Arkansas. They also work on the state bridges' asset management and act as a consultant and contractor for the Districts. Based in Little Rock, they work to bring uniformity to bridge maintenance with proper practices and repair procedures.

Hydrodemolition work in progress on the Des Arc Bridge.

Since those early days at ARDOT, Hill says the department's interest in different bridge preservation methods has grown.

"We have a much heavier focus on preservation now ," he explains. "We’re involved in recommending bridges for replacement, and we try to focus on bridges in poor or posted condition. On the preservation side, the majority of the work is hydrodemolition, LMC, and polymer overlays.”

Hydrodemolition involves using high-pressure water to blast deteriorated concrete from the surface of a bridge deck. This selectively removes all deteriorated concrete in the deck and creates a rough, pocketed surface, making it easier for latex-modified concrete to grip and adhere to. LMC is essentially a concrete mix with additives that boost its performance, including waterproofing, strength and overall longevity.

The ARDOT HBM team prioritizes bridge preservation projects based on a combination of factors. Computer modeling software and other programs have helped ramp up the asset management portion of their work.

The hydro and LMC in this case was the best solution for the cost, and it got those decks back in good shape.

“If there’s a bridge in an area that is receiving pavement preservation work, we will try to get that bridge programmed for preservation,” says Hill. “We also have specific funds to target bridge preservation projects at our discretion. Lately we’ve been focusing our money on some of the bigger bridges.”

In 2017, the team’s expertise was needed on a $12.3 million rehabilitation project on Interstate 555. Known as the Sunken Lands project, it involved using LMC to rehabilitate the decks of 11 bridges on a section of Interstate 555 that runs through Poinsett County.

“It was challenging because the bridges were in really bad shape,” says Hill. “The decks were farther gone than they needed to be, and the beams were terrible. The decks were heavily patched – they were probably the worst bridges we’ve ever done.”

The team planned to use a combination of hydrodemolition and latex-modified concrete, but they had to proceed with care. The beams had deteriorated to the point where they needed repair beforehand, and the contractor had to hydroblast at a much lower pressure than usual to remove the deteriorated concrete. At one point the team had to stop a contractor who arrived early to work on a bridge.

“We couldn’t allow him to use his milling machine, because we were afraid it would shake the bridge to pieces,” says Hill. “Fortunately, he was able to delay this bridge for a couple of weeks, which let us get enough repairs on the beams to take care of everything.”

Their cautious approach paid off. With correct calibration on the hydrodemolition water pressure and careful application of LMC, the bridge decks were restored within a few months.

“Afterwards, they looked wonderful,” says Hill. “That whole section looks so much better now. The job was really needed, and we were really pleased with the way it worked out.” ARDOT applied a total of 34,626 square yards of LMC over 11 bridges in the Sunken Lands area, which was part of a larger project that also included roadway work.

Hill expects a 25-year lifespan from an application of LMC, though it depends on the age and state of the existing bridge deck. The choice of latex is a major factor in its longevity. Many engineers choose BASF's STYROFAN 1186, a styrene-butadiene polymer, to improve the concrete's adhesion, compressive and flexural strength, and impermeability to oil and salt.

All in all, Hill considers the Sunken Lands project a success.

“The hydro and LMC in this case was the best solution for the cost, and it got those decks back in good shape ,” he explains. “The LMC placement went down with no problem that I know of. It all seemed to work out pretty well.”

One of ARDOT’s upcoming jobs is the rehabilitation of a large six-lane bridge on Interstate 430, which crosses the Arkansas River in the Little Rock area. Programmed for construction beginning in March 2021, the high-traffic bridge requires tight coordination and a rapid-setting Very Early Strength Latex Modified Concrete (VESLMC) overlay. VESLMC results in a faster-setting concrete (three hours) compared to conventional LMC. This allows work to be completed in overnight hours and during weekends, in order to minimize the disruption to traffic.

LMC just seems to be a better solution than the straight overlay. It’s a tool we use quite often now.

“We’ve used it on some spots where I think it was a good use of VESLMC,” says Hill, adding that the solution is best used in cooler seasons with contractors who have experience using it.

Overall, HBM is satisfied with the choice to use LMC and sees ARDOT continuing to use LMC in future projects.

“LMC just seems to be a better solution than the straight overlay. The one’s we’ve completed, for the most part, all look good, from the time we started in 2011,” Hill says. “It’s a tool we use quite often now.”

Work on the I-430 bridge is expected to continue until 2022. Calling for 57,180 square yards at a 1 1/2-inch thickness, it’s the largest single-bridge contract Arkansas has ever let for LMC. 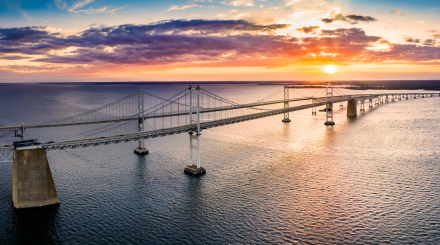 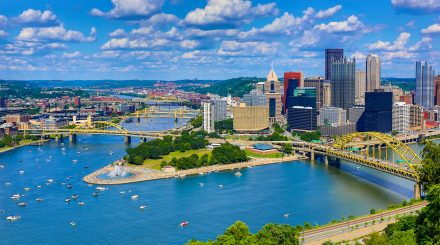