The young adults of today are coming of age in a world where boundaries are less fixed than ever before, including in the job market. This "slash generation"—so called in part because its members will cultivate multiple professional identities over the course of their careers, such as programmer/designers—is also growing more comfortable with the idea of people-machine interfaces, where smart technology is no longer seen as a threat to human autonomy but an augmentation of our abilities.

These are just a few of the conclusions outlined in BASF's 2019-2020 Automotive Color Trends analysis, or "ACT/9." This was the ninth time the company had issued a single global trend book and theme created with input from the company's color design studios across the globe.

The analysis pulls data from multiple sources in crafting a palette of 65 colors that reflect the values and interests of the automotive-vehicle buyer as well as the cultural influences shaping his or her world view. Spearheading the effort in the key North American market is Paul Czornij, the head of design at BASF's Color Excellence Group in Southfield, Michigan.

Czornij (pronounced "chornee") and his team have identified three overarching directions created from consumer and technology trends that move the colors to be "generally, more silky, playful and functional" in the automotive arena. Colors expressing these qualities resonate with the slash generation for many reasons, including the modern-car buyer's shifting relationship with technology.

"These colors convey an acceptance of what technology is doing now. That acceptance wasn't always the case," he said. "The fear used to be that you would lose your job to a machine. This generation, however, understands you must work with machines. Self-driving cars, for instance, need input from both computer algorithms and human programmers." 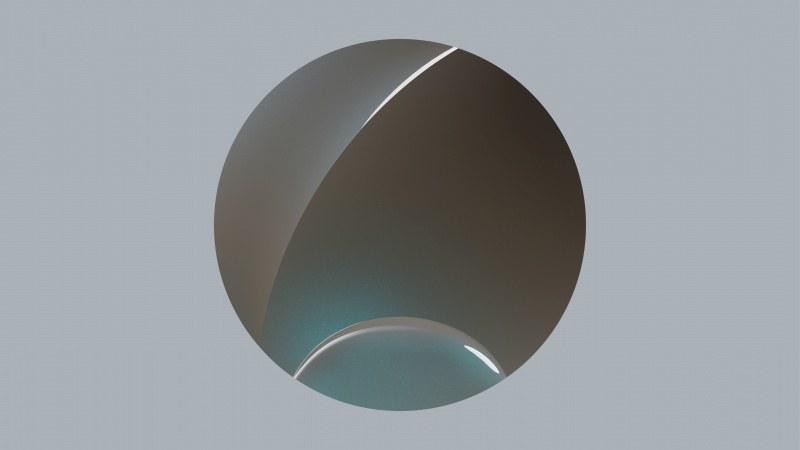 Conflation Green, the key color created in North America, is a blue-green highlight that playfully transforms into a natural reddish tan flop.

"We're sort of in the midst of this quantum leap right now, with the advent of self-driving cars, connectivity and ride shares," Czornij added.

The signature hue crafted by Czornij's team for North America is called "Conflation Green", which is designed to convey a range of meanings as shimmering as the color itself. Described as a blue-green that playfully shades to a natural reddish flop, Conflation Green invites the viewer to see the underlying unity in duality, to see mind and body, for instance, not as opposites but as different facets of the same concept.

Two other key colors are Parolis Purple, intended for the European-Middle Eastern-African region, and Fluid Metal, crafted for Asia-Pacific. Parolis Purple is meant to be simultaneously eye-catching yet understated, while Fluid Metal's neutral silver-white reflects a free and self-reliant mindset embraced by among many young Asians today. A lot of work went into formulating Conflation Green and the rest of the palette—much of it carried out at the Michigan studio where Czornij works. Indeed, it takes years of lead time to create a palette; the team today is thinking ahead to 2023.

In explaining the nature of the challenge, Czornij noted that a vehicle coating is only about the thickness of a human hair, and yet must protect the vehicle from the elements and roadway conditions for years on end—and all without losing its luster.

"We're marketing BASF technology with these beautiful colors, but they also have to meet stringent demands for performance," he said.

The process involves looking at style trends far afield from the automotive space, to relatively inexpensive items such as cell phones and fashion accessories, to get an overall sense of what colors are popular. But while the clothes rack and home interiors may provide a general sense of emerging trends, looking there is of only limited value when trying to predict what the "hot" colors in cars will be in a few years. That's because if the color of your blouse falls out of fashion next month, one can easily remedy the situation with a new purchase. But an unappealing color choice in a $30,000 sedan is something the buyer may have to live with for years. That's why Czornij believes car dealers tend to push buyers towards more conservative colors, in order to preserve the vehicle's resale value.

The team in Southfield must also look to social forces, such as a concern for the environment, in trying to predict what colors will be big down the line. This year's palette, for instance, includes Elastic Black, which was created using up-cycled carbon from truck tires. Consumers, industry and other stakeholders increasingly look to reused materials in a broad range of industries, from salvaged wood in construction to lightweight shirts made from recycled plastic.

"It's exciting to incorporate such a diverse palette of pigments into the designs", Czornij said of Elastic Black and another shade, Lamda 490, a green described as combining the functional and the aesthetic. "One color can contain repurposed material whereas the other brings a special functional responsiveness".

Any emerging trends identified by Czornij must also be synthesized with longstanding preferences. For instance, over the last several years, as vehicles have become more computerized and more reliable, motorists have come to see them increasingly as another electronic device. Hence, colors that evoke the sleek, silvery look of your laptop enter the palette for cars, trucks and SUVs.

This year, however, with emphasis on a silkier, more playful palette, color seems to shift depending on the viewing angle. Metallic hues have been formulated to give the appearance of texture. With their multiple meanings and varying appearance, these hues and shades speak to a generation that transcends rigid categories and isn't afraid of exploring lots of different personas over the course of their lives.

BASF has created an immersive, 3D Oculus view of the facility, seen here.