For Alexandra Jasman—running is not just a hobby—it's in her blood.

Both of her parents were runners in college. They, in fact, met on the track and cross-country teams at Ferris State University in Big Rapids, Michigan.

"We're just an active family in general and in need of expending our energy every day," said Jasman. "I'm very reliant on running. I think I'm just wired that way, but it definitely came from my parents."

I now know that there was something better out there for me.

It is no wonder that running is a way of life for the 27-year-old. She started the sport in school at age 14 and never stopped. She has run and won many medals throughout grade school and her career at the University of Michigan. Therefore, it was a natural transition for Jasman to continue running competitively post-college.

"I had the privilege to run in college at a very competitive level and to completely take that out of your life after you've lived with it for at least eight years was difficult for me to handle. I needed to maintain that lifestyle and create opportunities to be competitive," she added. 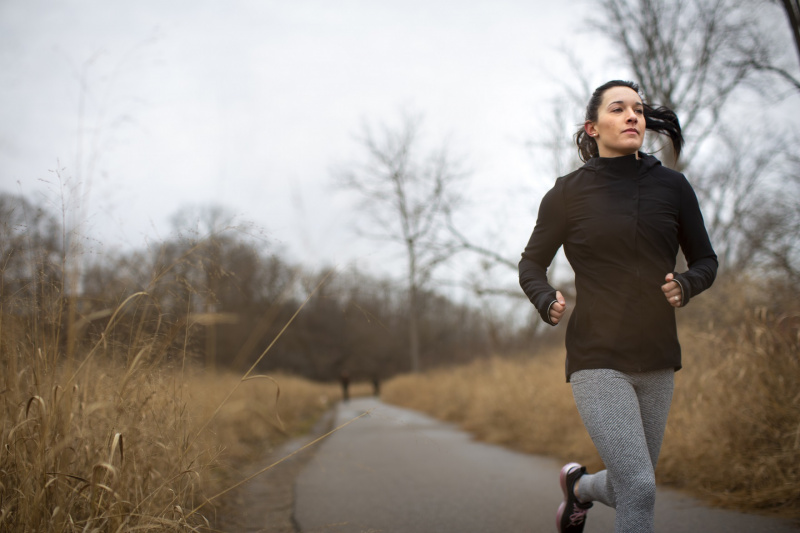 While getting ready for the Boston Marathon in April, Alexandra Jasman did more hill workouts and trained at a faster pace to prepare for elevation changes.

For this reason, the Michigan-based Account Manager for BASF's Performance Materials division started training for marathons. She's completed two of them in her state of Michigan—both times qualifying for the marathon of all marathons—Boston. Finally, in September of 2018, she registered her qualifying time of 3:00:37 to run in the 2019 Boston Marathon—and so the diligent training began.

"I struggled with injuries all throughout college. I had an injury a year," she said.

After years of endurance running followed by more intense injuries, it did not occur to Jasman to switch to a different make of shoes. She's trained in the same brand for 12 years, until after she started working at BASF and a coworker introduced her to Brooks Levitate running shoes.

I am grateful for the opportunity the shoes gave me to finish the race and train at a high level.

"I maintained a high level of competitiveness in collegiate running and switching shoes can have its risks; so, it's not surprising that I never considered looking at other shoes," she added. "But I now know that there was something better out there for me."

One of the latest models from Brooks Running—Levitate—features a DNA AMP midsole created by BASF especially for Brooks. The midsole is made from polyurethane—a blend of the company's Elastopan Sports Light Material—which naturally expands—returning energy as force is applied. Aside from providing the most high-energy return for running shoes, PU midsoles are known for their longevity and durability since they do not compress over time.

As Jasman slipped her 7.5 feet in a pair of Brooks Levitate shoes, she found the perfect fit and never looked back.

"When I initially put them on, I was like, wow, it seems like I'm not even wearing anything, which is the goal of a running shoe," she said. 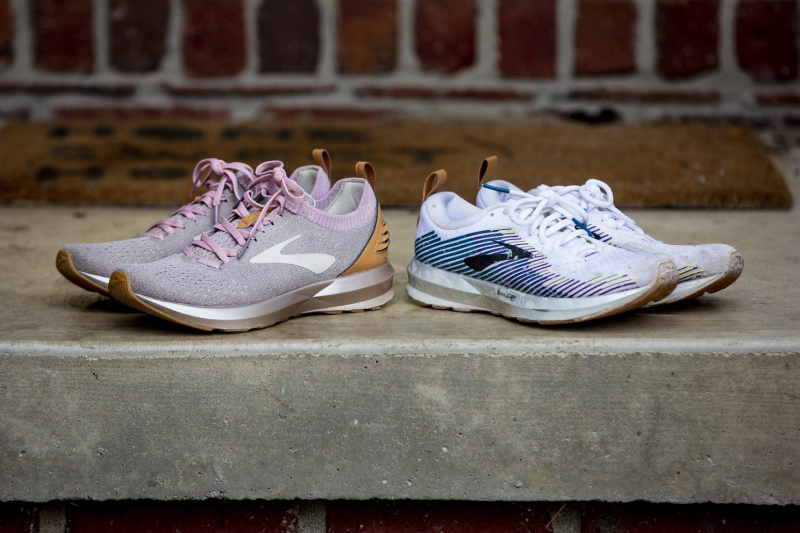 The account manager puts about 300-400 miles on a pair of running shoes, and has already gone through six or seven pairs of Brooks Levitate shoes.

When Jasman started training for the Boston Marathon in her Levitate shoes, she was waiting for them to start bothering her, as the previous brand, but that moment never came.

Brooks Levitate is now her sneaker of choice. Jasman puts about 300-400 miles on a pair and has gone through six or seven pairs already with injury-free marathon training. She even got her husband to switch from running in his regular tennis shoes to a pair of Brooks Ghost running ones.

"It was quite offensive to me. I was like ‘you married a runner and you don't have a pair of running shoes?'" Therefore, she did what any caring wife would do—she bought him a pair of Levitate shoes, which she said "blew his mind. He was pleasantly surprised how big of a difference a good running shoe makes, it's amazing a lot of people don't realize that."

In getting ready for the Boston Marathon in April, Jasman did more hill workouts and trained at a faster pace to prepare for elevation changes, and in doing so her Levitate shoes felt lighter than regular sneakers. "They're definitely springy. I love how they feel."

We’re so glad that Alex found the shoe for her and are so proud of her accomplishment at Boston.

Her goal at the marathon was to finish the race and be competitive—she achieved both—finishing in a time of 3 hours and 11 minutes.

"I am pleased with the performance," she said. "The shoes felt great and I am grateful for the opportunity the shoes gave me to finish the race and train at a high level."

Aside from her family, Jasman also had the creators of the shoe—Brooks Running—cheering her on from the sidelines after hearing about her running journey.

"We're so excited to hear that Alex found her ‘sole mate' in the Brooks Levitate," said Zach Boteilho, Senior Innovation Developer, Brooks Running. "For Brooks, everything starts with biomechanics. We're laser focused on understanding how the body moves in motion, so we can deliver solutions that meet the needs for all runners."

Brooks even has an online tool— Brooks Shoe Finder—that gets a customer properly fitted for his or her next running shoe.

"We're so glad that Alex found the shoe for her and are so proud of her accomplishment at Boston," he concluded.