If you ask a banker or politician to name the one thing that makes our economy tick, they will likely both say the same thing: access to capital. It makes sense, right? As the famous saying goes: Money makes the world go 'round.

But ask that question to someone who runs a company in the power generation or industrial sector and you may get a surprisingly different answer.

At the end of the day, it's better to use a quality material that requires no maintenance, why would you sacrifice performance and reliability based on a cost that's less than one percent of your project, and it's supporting the most expensive part of your project?

"Productivity, uptime and safety are the currency of any company in the goods-producing or power generation industries," says Kenneth Calautti, Industry Sector Manager, Power and Industrial at BASF Corp. in Minneapolis, MN.

"Don't get me wrong, money is obviously important, but for companies in these sectors, most of their investment is aimed at maintaining productivity and creating the conditions to produce at an optimal rate. Uptime is the Holy Grail," Calautti says.

One of the key components to this uptime is also the least-considered aspect of machine operation: the foundation.

Whether a company is paying thousands or millions of dollars to purchase and install a critical piece of capital equipment, that equipment will be expected to produce consistent results over a long period of time to ensure a positive return on its investment.

And that's why it's important to take some time to focus on the equipment's foundation, of which grout is a key component.

Today's power generation equipment, along with its associated pumps, valves and sensors, are sophisticated tools operating at very high speeds with incredibly tight specifications — often within thousands of an inch.

"It's all about production downtime cost, repair cost and loss of production," says Christopher Adams, Business Development Manager, Power and Industrial at BASF Corp. in Minneapolis, MN., who adds that if your equipment is experiencing reduced runtime, one of the first things you should do is get on one knee and check the grout for cracks and voids. "If it's damaged, it's not dampening the magnitude of vibration effectively."

If the machinery is installed improperly, it will never produce energy at its most productive rate. It will likely require substantial maintenance at shorter intervals than specified, which adds costs, reduces quality, cuts output and generally causes a lot of downtime.

And downtime is the nemesis of the bottom line.

Every manufacturing company in the world, whether it produces car parts or chicken nuggets, bases its financial planning and costing on its machinery's ability to produce product at a consistent rate. A poor grout job is unable to handle the dynamic loads produced by this equipment, causing the machine to move or the tooling to deflect, sometimes even colliding with the part or other machines on the shop floor. This creates bad parts and causes wear to the equipment, meaning more frequent change-over and additional costly downtime.

"A good way to look at it is if you didn't have grout then you would basically shear your anchor bolts, and you would transfer a ton of vibration down to the foundation," says Adams.

"At the end of the day, it's better to use a quality material that requires no maintenance," says Adams. "Why would you sacrifice performance and reliability based on a cost that's less than one percent of your project, and it's supporting the most expensive part of your project?"

A grout's effectiveness in transferring load to the foundation is measured in a number of ways, including:

Compressive strength is the most specified performance measure. It describes the maximum load grout can withstand before failure. Grout must have enough compressive strength to support and transfer loads uniformly into the foundation, rather than have the machinery skipping across the floor.

Placeability refers to the ease with which a worker can put grout where it's needed. It describes how the material flows across the full area of the equipment base and is critical to a successful foundation.

This measurement identifies how much of the grout is in direct contact with the equipment's baseplate. Some air pockets are natural, but if there are more than a few the grout won't perform as well as it should — and neither will the equipment the grout is supporting.

This explains how the grout handles temperature fluctuations. Coefficient of Linear Thermal Expansion (CTE) measures the change in length of a material in response to temperature variations. The closer the CTE values of two materials in contact (think: grout-to-concrete and grout-to-baseplate) the more compatible they will be, meaning they will expand and contract at a similar rate.

Concrete and steel have similar CTEs and are generally compatible when used together. But many epoxy grouts have much higher CTE measurements. This variance can lead to cracking, curling, and bad bonding, because changes in volume of the grout create stress where it bonds to the substrate. For optimal long-term performance, specify a grout with a CTE as close as possible to the materials with which it will be in contact.

When you are sourcing epoxy grout, it's important to work with a manufacturer that offers data and welcomes questions about the suitability of its grout for a particular application. A responsible company will understand the performance properties and limitations of its products, and most will have products in their portfolio specifically formulated for challenging applications.

Check out this bonus video showing the proper way to install and grout a piece of machinery in your shop. It demonstrates good technique and offers some pro tips for solving common challenges as well. 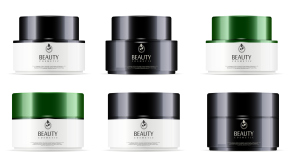 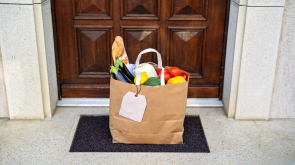